We set out to investigate the inaugural Liverpool Disco Festival on what would become the brightest, most dazzling Halloween weekend we’ve ever celebrated. We left our dark, gothic cloaks at home and let the glittery disco freaks inside us come out to party.

Taking over the city’s Baltic Triangle, the festival set the bar high when it comes to the calibre of a debut line-up. Odyssey headlined with a live performance and disco legends such as epic re-editors John Morales and Dimitri From Paris took to the decks in the Great Baltic Warehouse. Louis Vega enthralled hundreds of revellers with his 3-hour set in tribute to The Paradise Garage. Highlights elsewhere included sets from Shaun Samuel, Natasha ‘Kitty Katt’ Probert, The Hustle DJ’s and Phil Rose (Jagerossa). 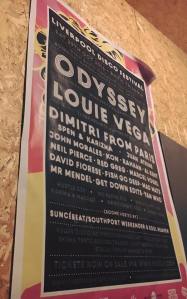 “As the glitter dust settles following the inaugural event, it becomes clear that this may very well be the next cultural gem to put the city on the map for those who share a passion for the music, history and inclusive community that the disco movement created back in the 70s.”

@GlitterballGwen shares the love with her latest review on behalf of Skiddle here – it was without a doubt the event of the year for us; we can’t wait to hear news from the LDF team regarding their  next adventure! 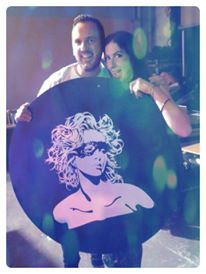